Hahaha, i just wanna share to you. Well, who is do not know about this trendy bangle, even my sport Tecaher is use this P*WER B*L*NCE too, according to the effect for our health.
Even just a few of students in my school, that DO NOT use this bracelet *including me* because the catchy performance of it bangle, that available in money color ! :D *kok jadi promosi*
And the artist even the athlete use this bangle !!! Because many the athlete use it, it make people believe the effect will work ! Yippie, and well who dont want to be act like their idol?
And so the EFFECT to whom wear that, yes, it also make people curious and want to buy it
I still remember there is a friend of mine, TTO, said that after he borrowed an original P*WER B*L*NCE from senior , he can do attraction, like turn his back up, and etc. And also said, the effect just happened when you use THE ORGINAL one.
and you know what? The ori's one costs about Rp 300.000-500.000/each or about $350-$550
just for original -,- underlined that one !
Honestly, I am not a victim of trend. Also dont care with the effect, i mean? who want to do an attraction like turn my back on or etc? My obsession is not to be athlete and winning gold medal in Olympic guys -,-
Since today, there were many of P*WER B*L*NCE out there is been SOLD OUT and everyone just wear that everywhere they go. And mine? Well my arms still naked as it used to :)
And you know what? Today when i was online from a forum, i just got a shocking news, esp for the fan of P*WER B*L*NCE. Hahahaha, well so the news is :
P*we B*l*nce makes a CONFESSION !!!

They had to publish that in Australian media. The company has been under attack by consumer associations all over Europe because of their claims and scientific mumbojumbo, but this seems to be the first time in which a regulatory authority have made them admit that their claims are a fraud. 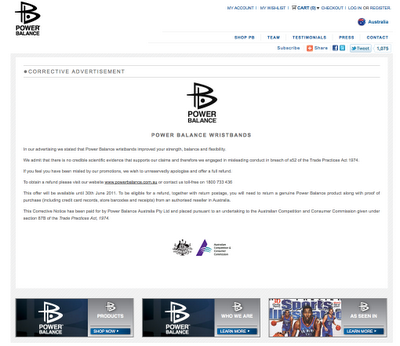 You dont believe me? Well I have a printscreen of their confession that I got from their site. Believe me, I'm not making it, it is not a HOAX
Hahahaha, sorry for the fan of P*wer B*l*nce
I never means any offense, just want to share something for you :)
PS : I want my money back ! I want my noney back -Lenka, The Show-
Label: randomly 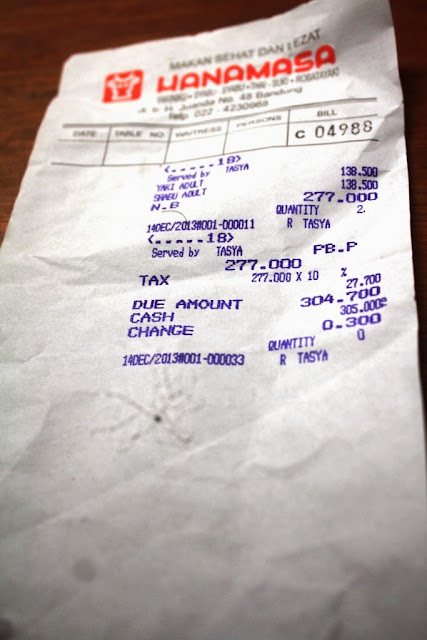